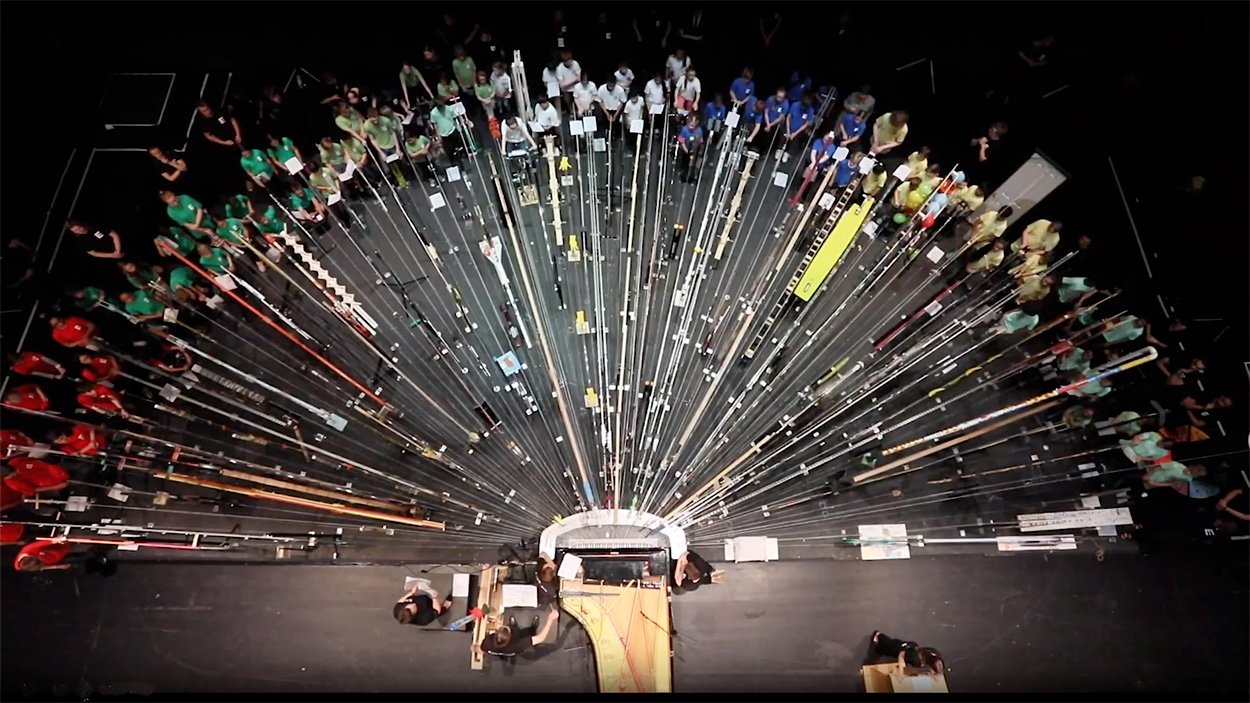 OH! Films six crew team worked closely for the past few months with the University of Cambridge, Department of Engineering on the world record for the number of people playing the same piano at the same time which has been broken by 88 primary school children, as part of a project thought up by Cambridge engineers.The University of Cambridge, along with nine other UK universities, assisted the children, aged between six and 14, in smashing the world record during a performance called 88 Pianists held at the ICC in Birmingham. As there are 88 keys on a piano, it was decided that there would be 88 individual players – one for each key – to ensure that the record they set would never be broken. The previous world record stood at 21 people.

Set up by the University of Cambridge to commemorate the 500th anniversary of Leonardo da Vinci, the record-breaking performance – judged by Professor Julian Lloyd Webber – required 88 inventions that would allow each player to reach their individual piano key from seven metres away.

Engineers from each of the 10 universities worked with primary schools from across the UK to design and build the mechanisms.

What began as a project to inspire future engineers, quickly developed into leading engineers being inspired by the imaginations of 2,500 children. From flying rabbits, to ballerinas, giraffes and trains, the children’s inventions were used to play a specially-composed piece of music written by Martin Riley, which used the DNA of da Vinci himself. The performance was supported by the Royal Birmingham Conservatoire, part of Birmingham City University, and in the audience were more than 500 leading engineers from around the world, who had gathered together for their annual meeting.

Professor Julian Allwood, Project Creator from the University of Cambridge, said: “I’m so proud of the collaboration that led to this world record. Watching 88 children performing on stage, with one of the key engineering team behind each group of four to support them, and knowing the stories behind each of the amazing mechanisms, the performance was, for me, a summary of a year’s joyful teamwork.

“I’m really captivated by the opportunity that this project has revealed to explore the space for expansive imagination between the creative arts and technology. The reaction from the audience was overwhelming. To my surprise, the statement I heard most often, from what I thought were my hard-headed academic colleagues, was that they were moved to tears. The children’s achievement in designing and delivering 88 Pianists was always joyful, but it seems also to have sounded a profoundly emotional chord.”

Professor Julian Lloyd Webber, Principal of the Royal Birmingham Conservatoire, said: “This was a truly fantastic collaboration between engineering and music. The imagination of the children involved was astonishing and has to be seen to be believed. Royal Birmingham Conservatoire is so proud to have collaborated with the University of Cambridge on this world record-breaking project, which has yet again proved that music empowers children.”

Reproduced courtesy of University of Cambridge, Department of Engineering